The 4th one week brief was entitled "Remedy". I was struggling for a while on what to do in response to this brief but it should have been obvious. After designing a predictible honey related branding project that I took way further than it deserved, I scraped it all and asked myself, "What's something I deal with that needs a remedy?" And then I remembered I have been dealing with migraines for the last 18 years.
My final solution to this brief was to create an informational booklet featuring aspects of the condition. Since this project is very personal to me I wanted it to retain the hand made "notebook" visual feel so i decided to print it straight from my scans. 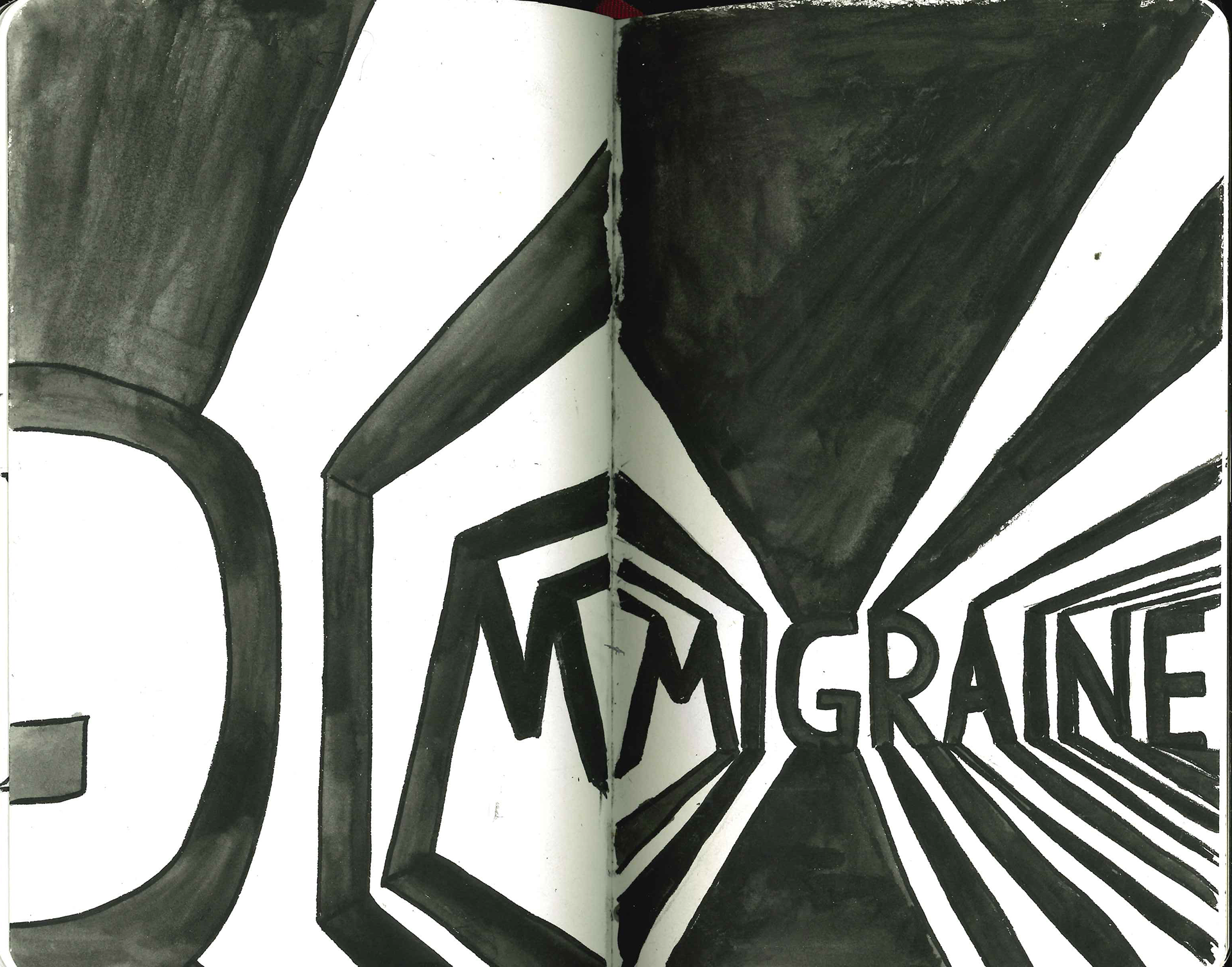 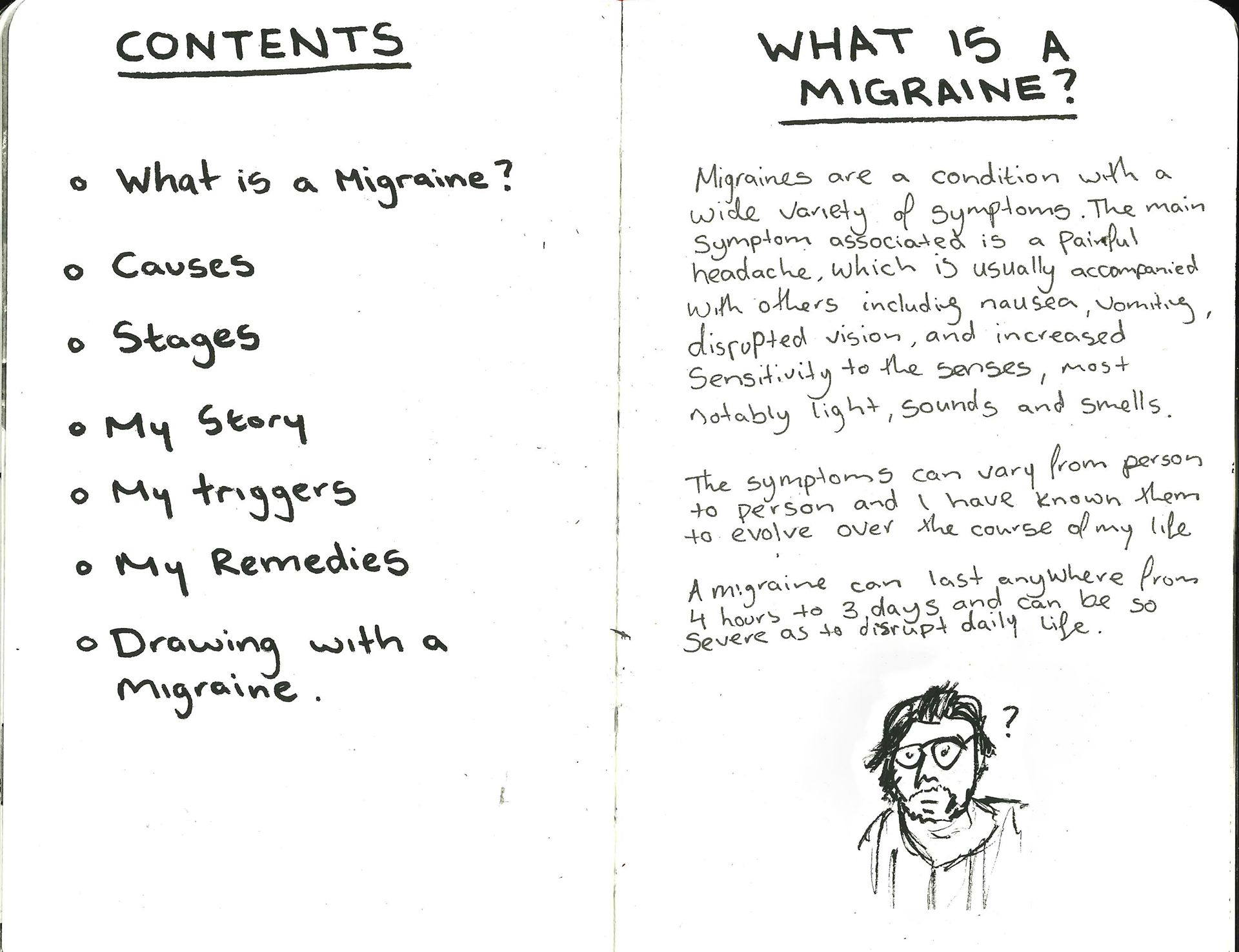 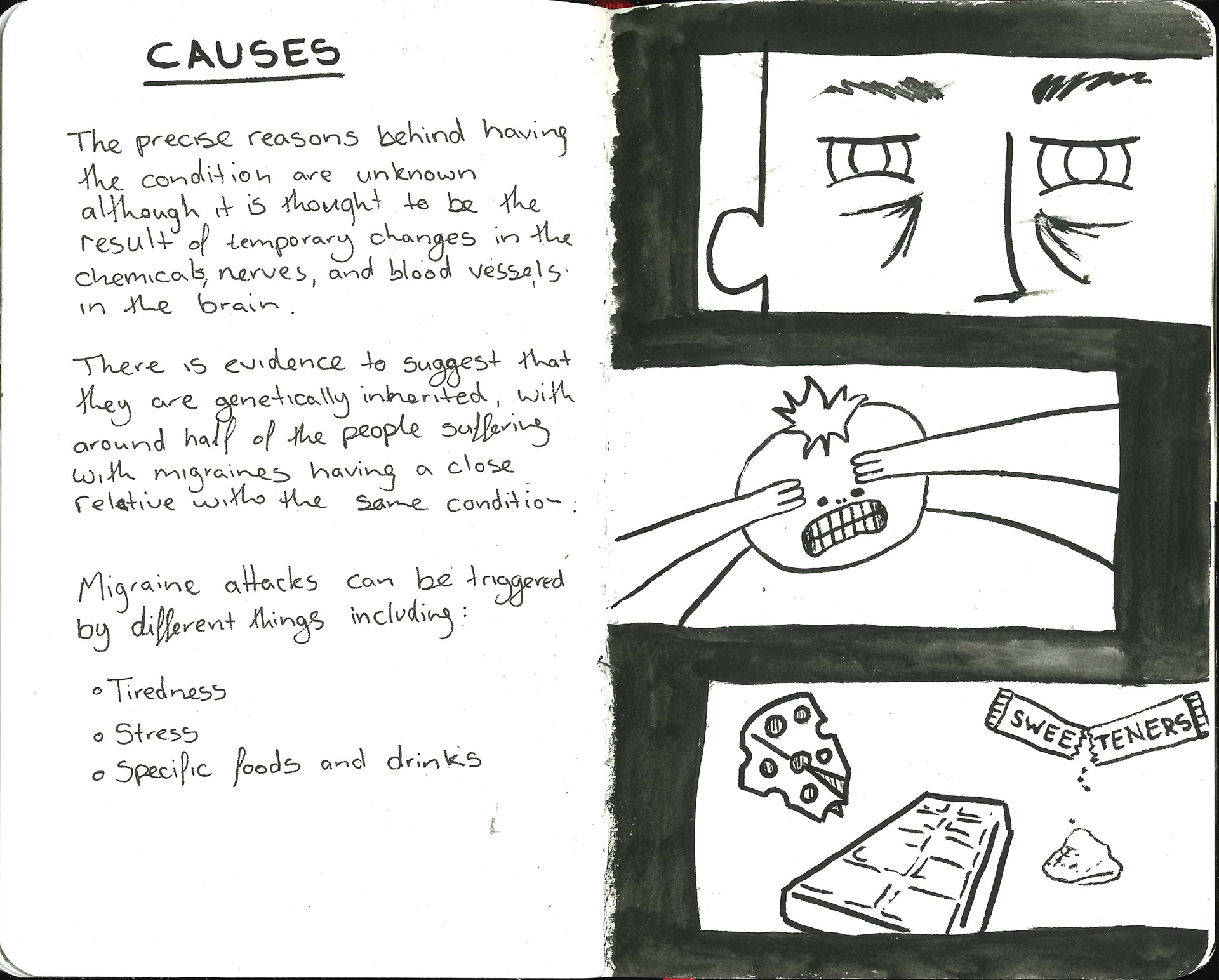 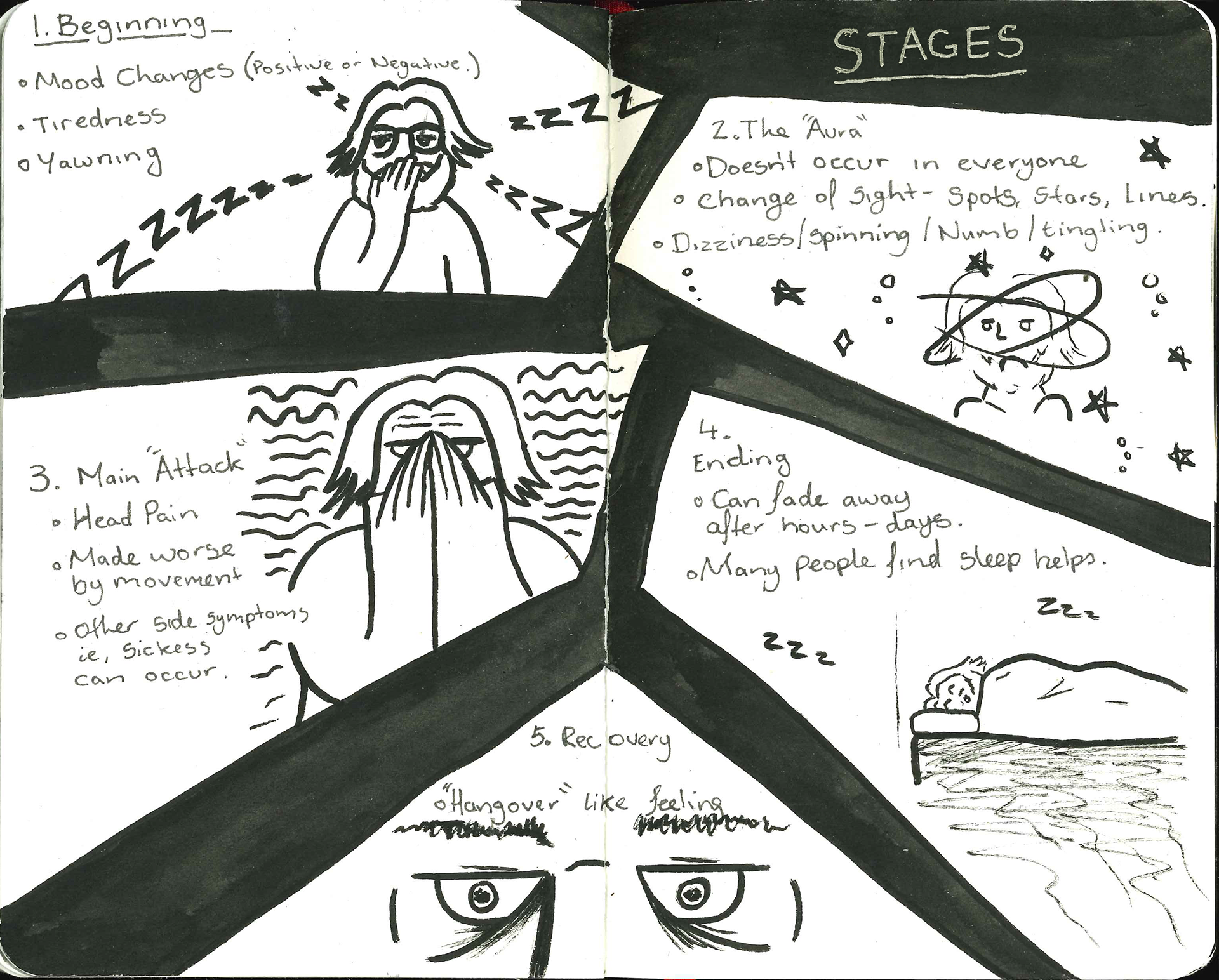 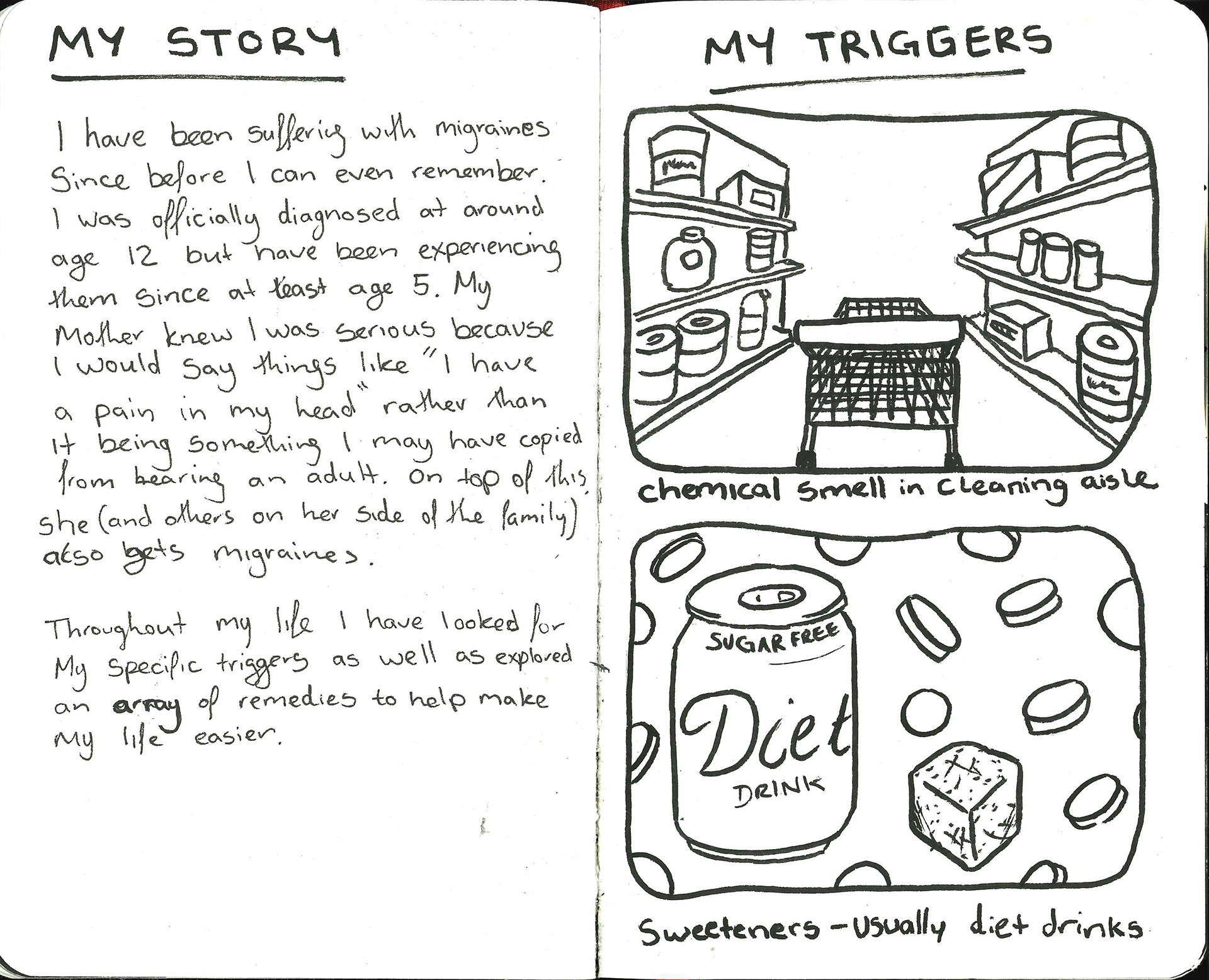 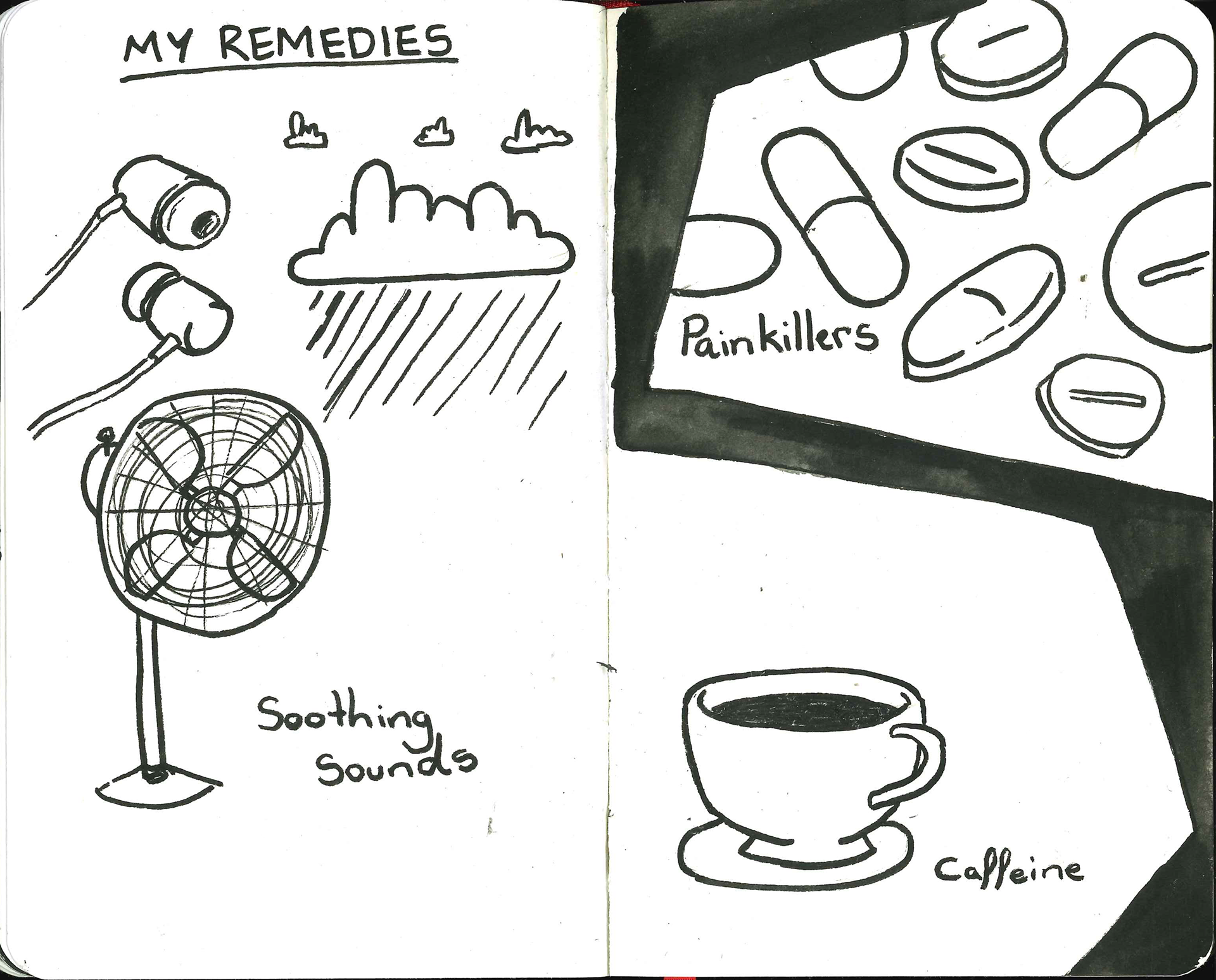 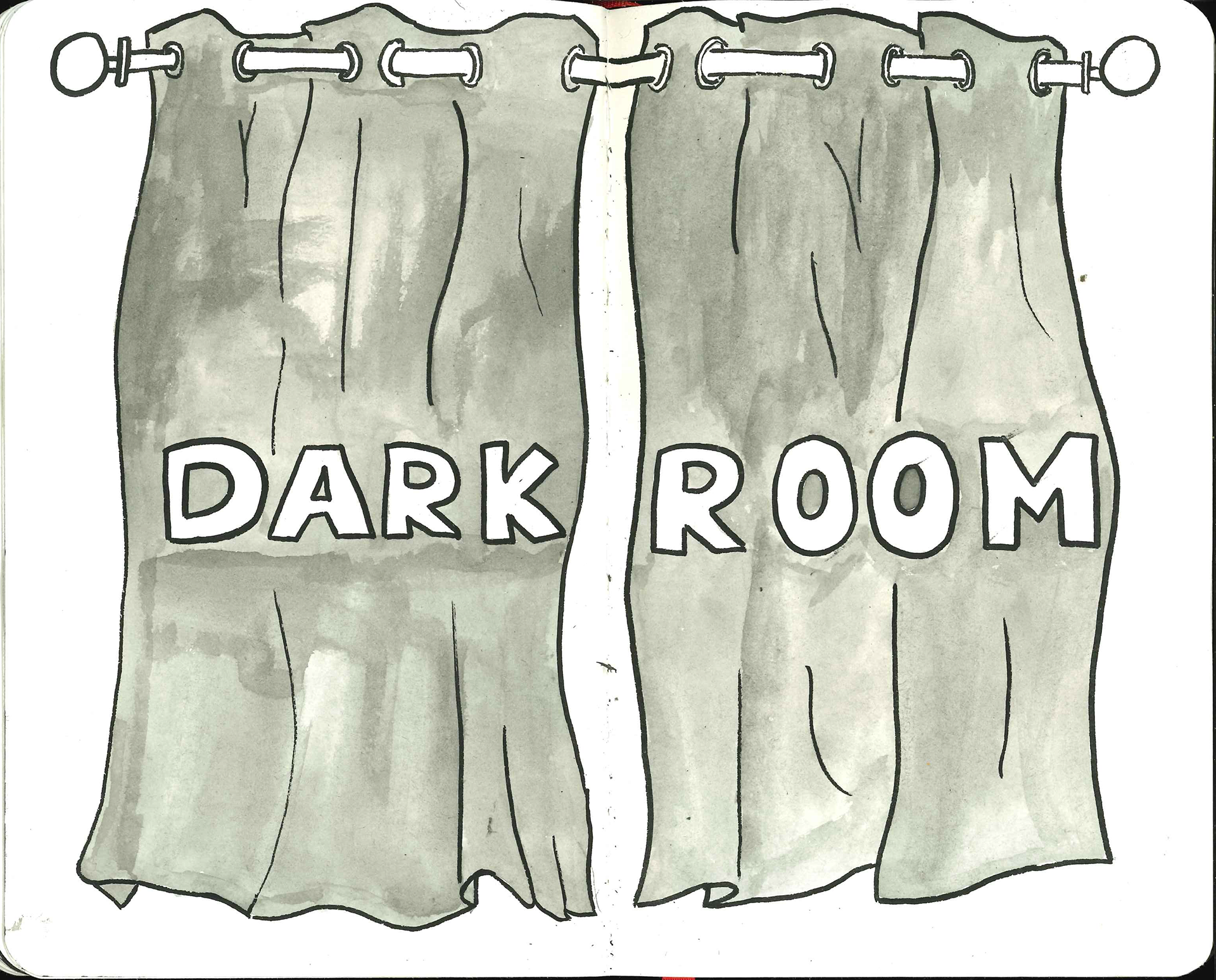 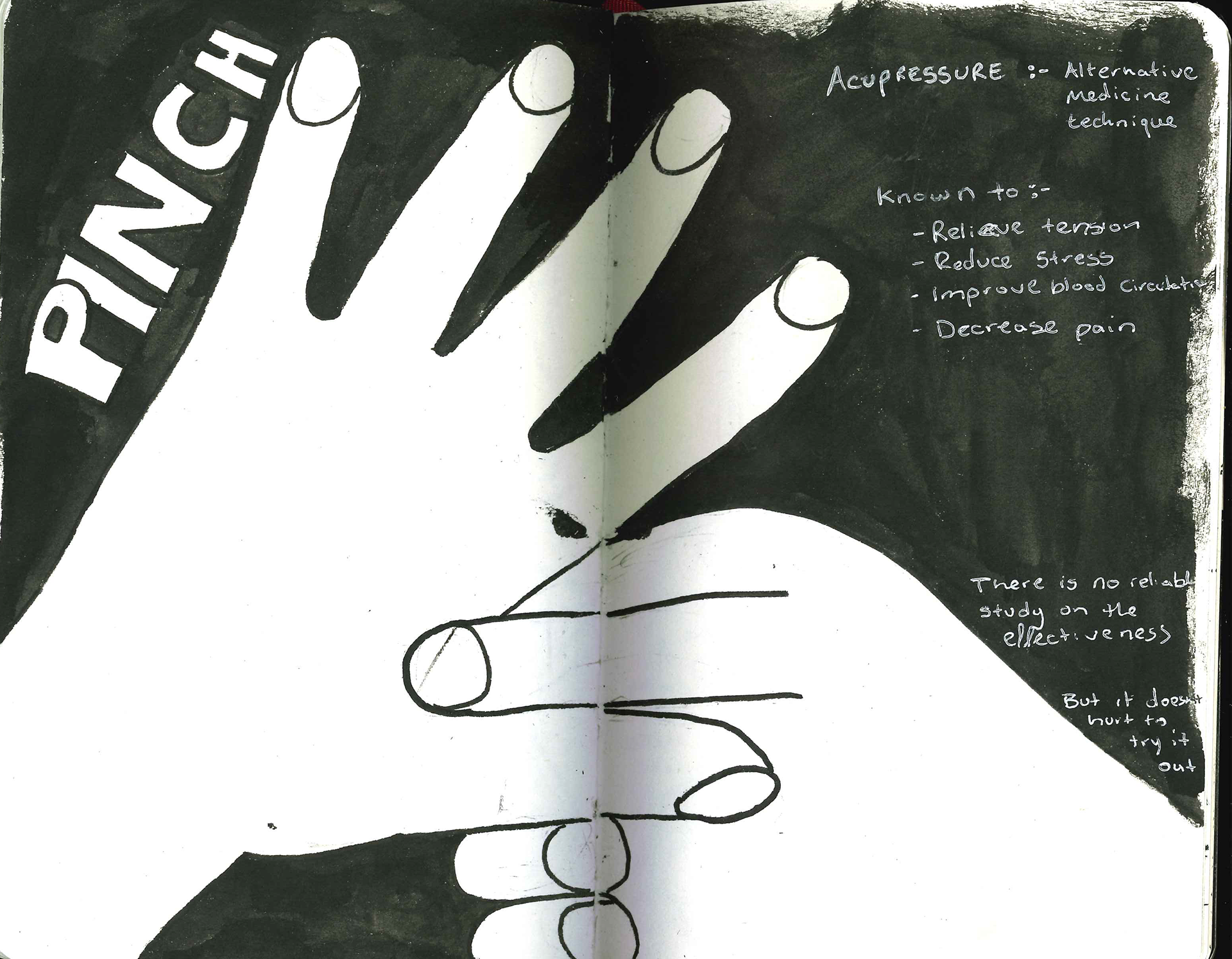 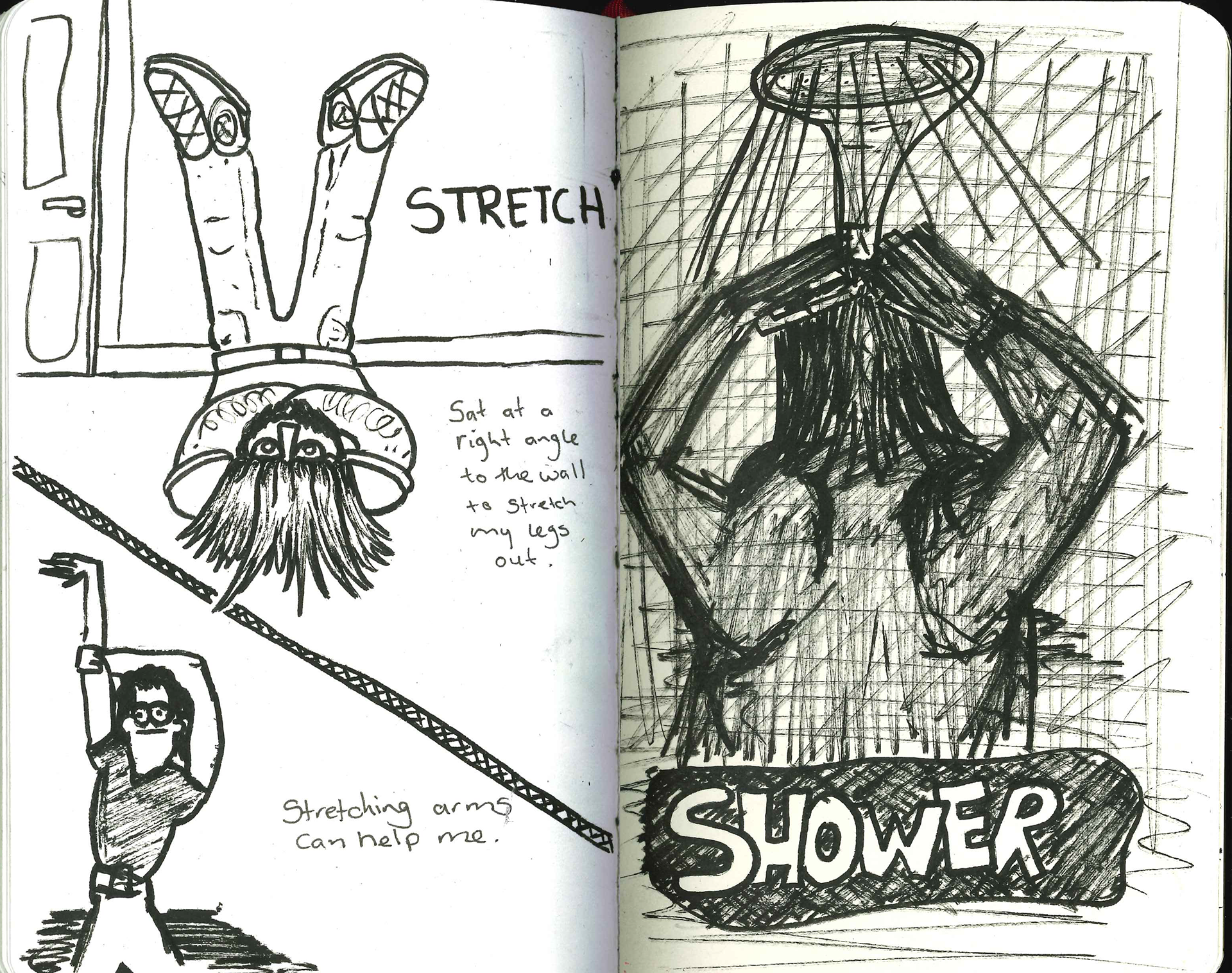 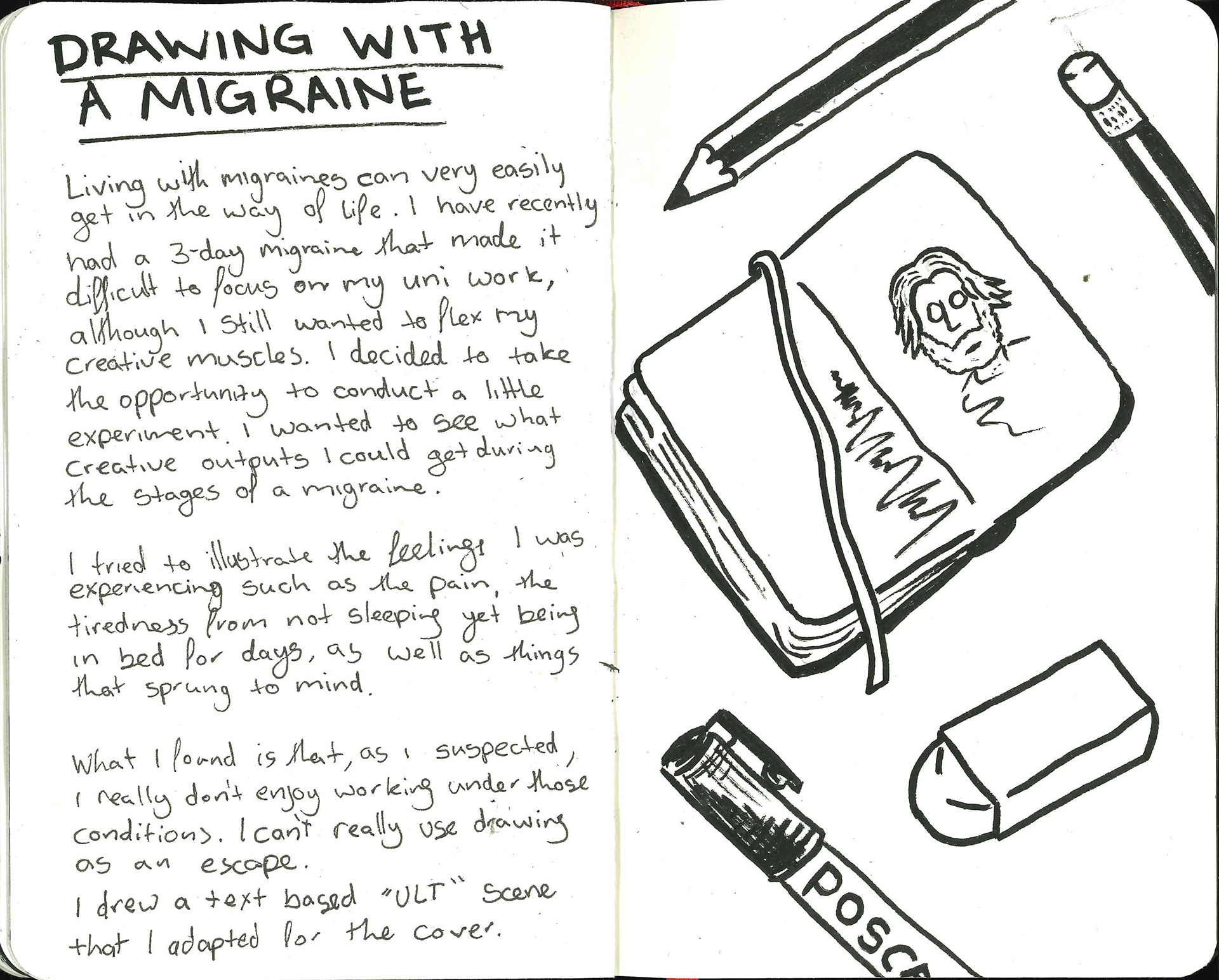 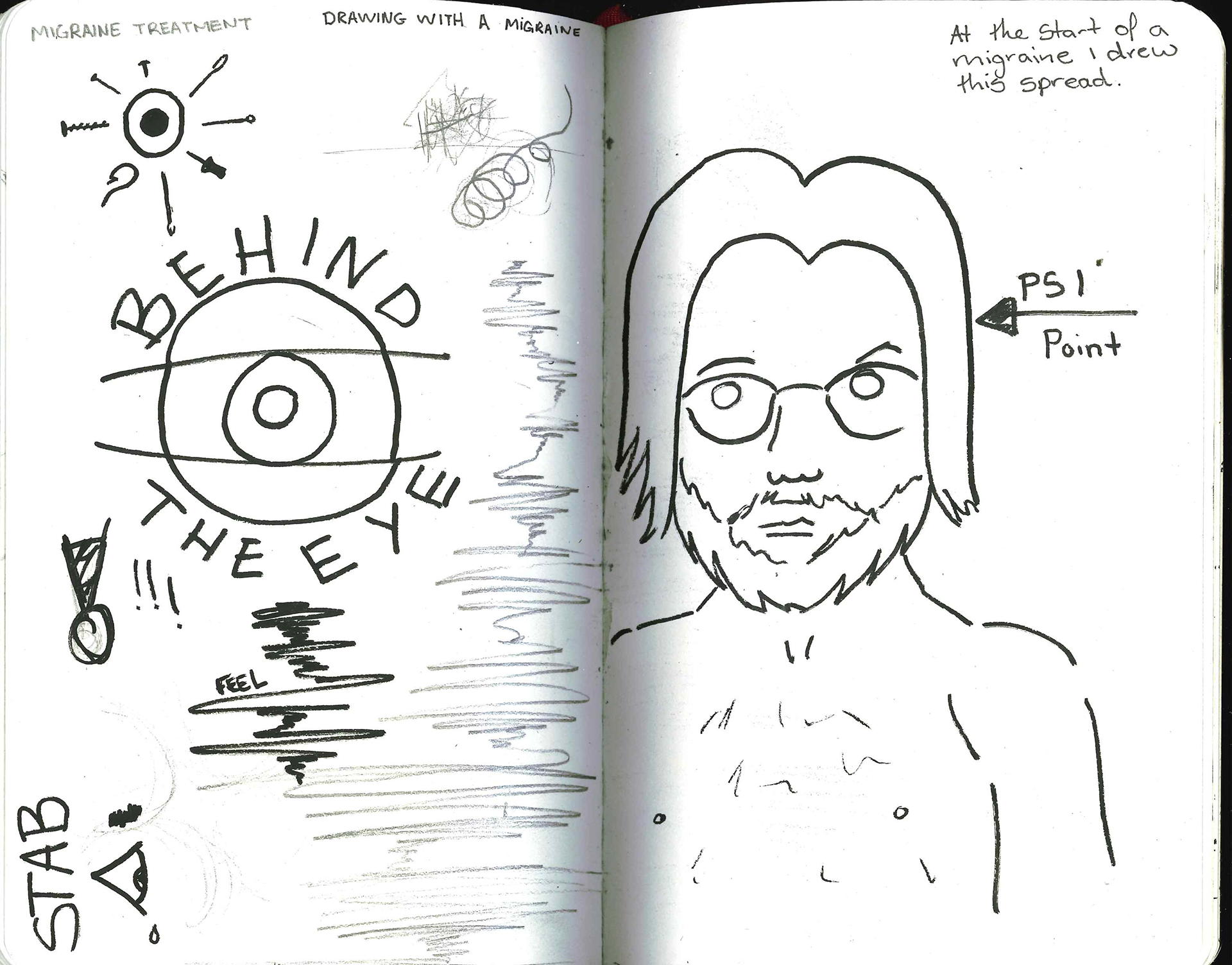 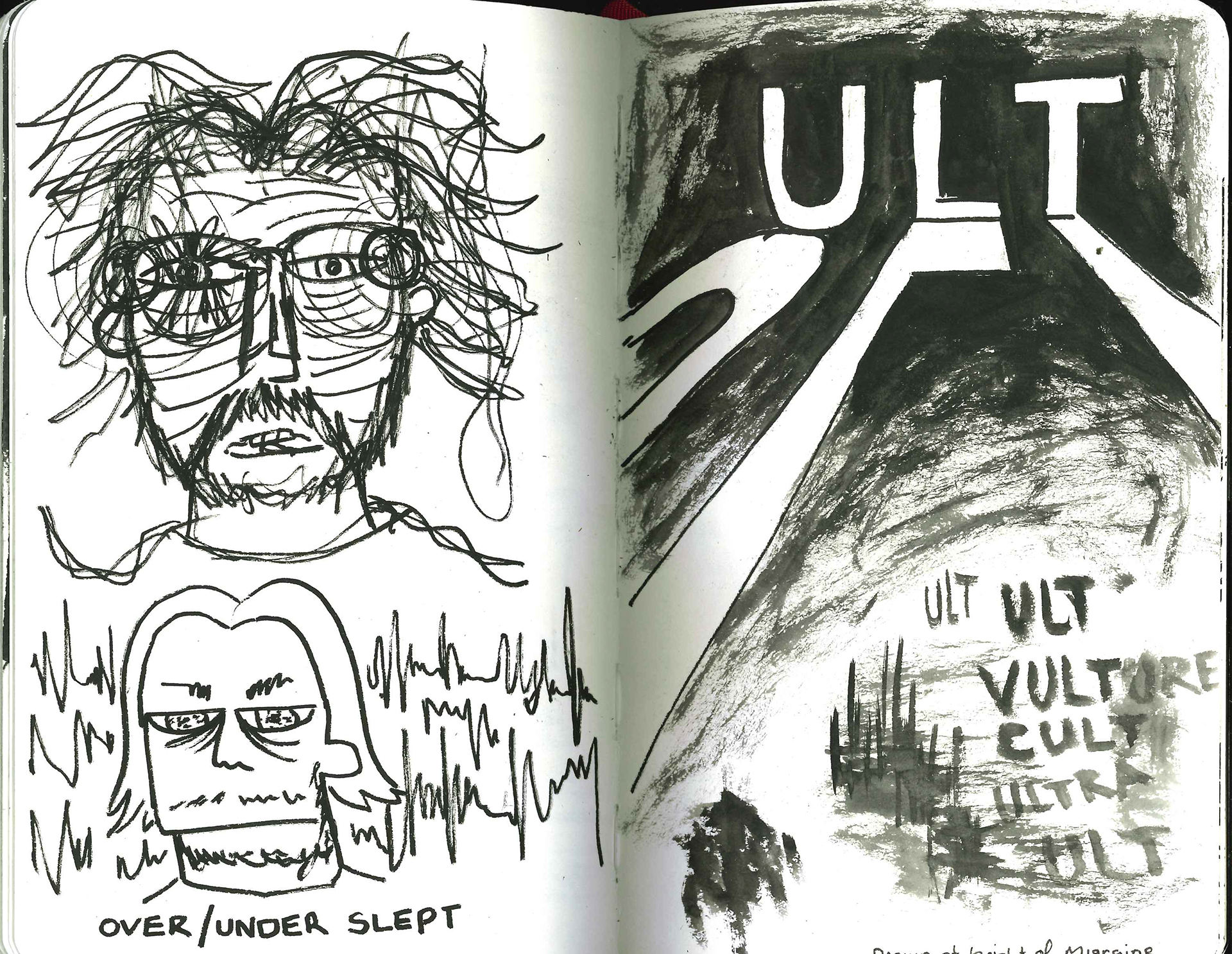 The subject matter of this project is something I have experience since I was around age 5 and it has a major effect on the way I live my life, even though I barely even think about them when I'm not having a migraine.
Drawing with a migraine was probably a horrible idea, but I consider myself something of a scientist. Basically, when I get a migraine, it usually won't clear until I go to sleep but it often makes it difficult to sleep as well. Another amazing perk with migraines is sometimes you are forced to sleep when you should be doing uni work!
When that migraine came on I decided to think productively and proceeded to conduct my experiment. The second to last spread was drawn while the migraine had just started and Iwas experiencing blurry, barely focusable vision and a pulsing/throbing pain in my head and behind my eye. The "heart-beat" type lines were me trying to visualise the feeling of the pain fluctuating in a pulse.
On the last spread I could barely concentrate but I could not sleep. I was sort of in a headspace where I didn't know how long I had slept, could have been 10 minutes, could have been a day. I felt slow and foggy, I couldn't concentrate on anything. I don't know know where the "ULT" things came from but I know that the extended "reverse shadow" of the letters was supposed to represent the streaks of light I was seeing due to the increased sensitivity to light.
It was an interesting little experiment, if not only to me, as I am wondering how else I can express the idea of migraines in the future.
-Jordan
Previous
Next
↑Back to Top